A World Of Promises, episode 1

This article is the first of a series of small articles on the Q Javascript library and its eco-system. This article is a brief introduction to Q Promises. 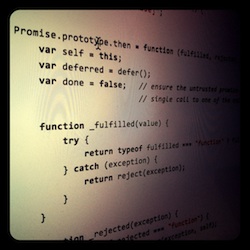 Q is a Promise library in Javascript created 4 years ago by Kris Kowal who is one of the main contributor to CommonJS where we can find the Promises/A specification.

Q is probably the most mature and powerful Promise library in Javascript which inspired a lot of libraries like jQuery. It exposes a complete API with, in my humble opinion, good ideas like the separation of concerns between a "Deferred" object (the resolver) and a "Thenable" Promise (the read-only promise).

This article is a brief introduction to Q Promises with some examples. For more information on the subject, I highly recommend reading the article "You're Missing the Point of Promises" and the Q implementation design README.

What is a Promise

A Promise is an object representing a possible future value which has a then method to access this value via callback. A Promise is initially in a pending state and is then either fulfilled with a value or rejected with an error. 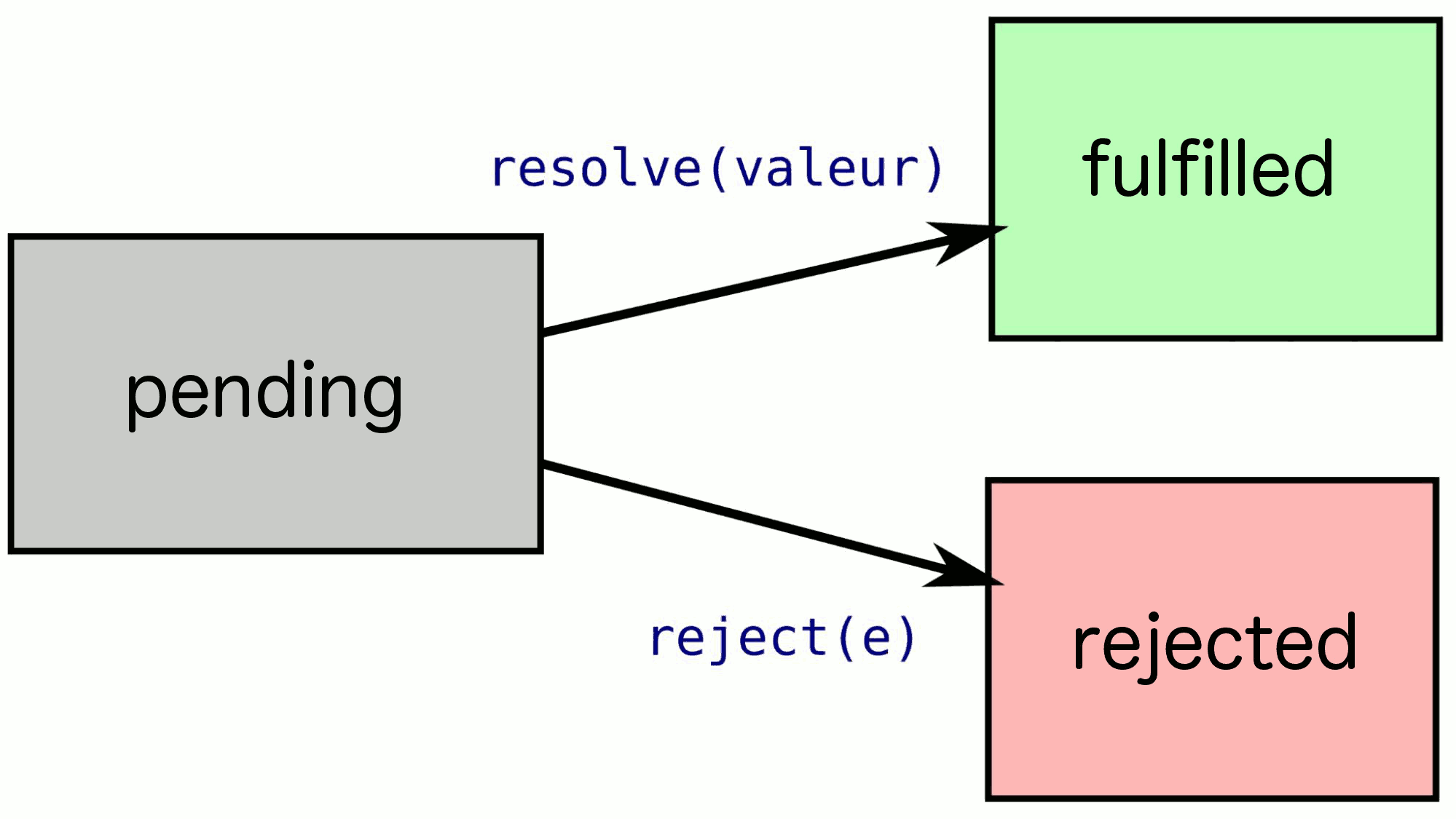 It is immutable because the Promise value never changes and each then creates a new Promise. As a consequence, one same Promise can be shared between different code.

It is chainable through the then method (and other Q shortcut methods), which transforms a Promise into a new Promise without knowing what's inside.

It is composable because the then method will unify any Promise returned as a result of the callback with the current Promise (act like a map or flatmap). Q also has a Q.all helper for combining an Array of Promise into one big Promise.

A solution against the Pyramid of Doom effect

Javascript is by nature an asynchronous language based on an event loop which enqueue events. As a consequence, there is no way to block long actions (like Image Loading, ajax requests, other events), but everything is instead asynchronous: Most of Javascript APIs are using callbacks - functions called when the event has succeeded.

Problem with callbacks is when you start having a lot of asynchronous actions. It quickly becomes a Callback Hell.

Here is a simple illustration, let's say we have 2 functions, one for retrieving some photos meta-infos from Flickr with a search criteria: getFlickrJson(search, callback), another for loading an image from one photo meta-info: loadImage(json, callback). Of-course both functions are asynchonous so they need a callback to be called with a result.

With this callback approach, we can then write:

(Imagine what it can look like with more nested steps.)

we can easily turn a callback API into a Promise API

getFlickrJson and loadImage can now be rewritten as Promise APIs:

Each function has clean signatures:

...and are easily pluggable together:

This is much more flatten, concise, maintainable and beautiful!

Note that if we want to be safer we can write:

Q.fcall will call the function with the given parameters and ensure wrapping the returned value into a Promise. So my code should continue working even if we change signatures to:

One other cool thing about this chain of Promises is we can easily add more steps between two then step, for instance a DOM animation, a little delay, etc.

But a much important benefit is, unlike the callbacks approach, we can properly handle the error in one row because one of the following steps eventually fails:

This is called propagation and is exactly how exceptions work.

If it would be possible to have two methods:

...which is very close to Promise style.

Q Promises also unify Exceptions and Rejected Promises: throwing an exception in any Q callback will result in a rejected Promise.

Error handling with the callbacks approach is hell:

Next episode, we will show you how to create your own Promises with Deferred objects. We will introduce Qimage, a simple Image loader wrapped with Q.

Special Kudos to @42loops & @bobylito for bringing Q in my developer life :-P